I was on Facebook this morning and a friend had posted a picture of him holding a t-shirt that bore the symbol of a swastika. And the caption read: Dope shirt from @spiritualpunx‬. A woman on the same post was clearly offended and began expressing her outrage by the symbol. I know that friend that posted it did not have ill intentions and had newly discovered some meaning in the symbol that was spiritually and culturally important for them. And having talked to them on many occasions about it I realized that he had redefined the symbol to empower him, but it made me think about how people don’t often consider others when they’re in self discovery and I can tell that woman was experiencing trauma by the way she was reacting, so I decided to post the following thought:

As a person of Afrikan descent I realize how triggering it can be to see symbols associated with the oppression of my people. I want to express my sincerest and deepest sympathy to anyone that has been affected by how the Nazis in western Europe used the swastika symbol to traumatize an entire people, and I lift up your ancestors in the spirit of things. I had a revolution a couple of years back after seeing one too many “confederate flags” on the vehicles and persons of white people in the country. I remember asking a man once what his motivation was  for hailing the flag on his car-he called me the N-word and told me he didn’t have to tell me anything. By his reaction it was clear that racism was his motivation. That feeling of unrelenting fear after seeing one too many white people toting it with pride and menacing in their eyes I decided that I no longer wanted to be enslaved by it.

While thrifting one day I found a lunch pale that had the confederate symbol on it. I purchased the bag. I thought of the many ways I could use the bag to empower myself and my people, so I did a social experiment and taped a note to the front that said, “Over 250,000 blacks fought in this war including my grandfather who fought in the battle of Shilo.” I included a quote from a young black army veteran that talked about his grandfather fighting in the battle of Shilo. I realized that I had control over how the symbol affected me. I was tired of literally feeling lynched by the flag every time I saw it. Before educating myself about the swastika it carried the same bold and hateful message as the confederate flag. However, I found out that the swastika not only originated in Sanskrit, but was a symbol for many other anti-oppressive and spiritual things cross many cultures.

To my friend that posted I find it important to be mindful when baring arms for oppressive symbols. The need for education, solidarity, and caring when reevaluating what all that means. It lets folks know that they can trust us, and that we aren’t closet racists and have only good intentions more specifically with the public domain of social media. It seems crass not to consider the struggles of those directly affected by it, or failing to keep them safe in our company. And while self-discovery is a healthy part of the human experience we must clarify our intentions around sensitive issues like oppression. We should always be mindful in our quest for education and acceptance of those communities that may be affected on any level by the images they see, and be diligent in providing viable resources to help educate the people about information they may not have access too or be aware of. As a community educator, revolutionary, and, artists its not only my responsibility, but it dignifies me and the work that I do with integrity. It lets folks know that I’m not posting random pictures of hateful images in haste. That I respect them, want to include them on the information, clarify any miscommunication or ill intentions, and to offer my support where I can. It’s important!

The site below was helpful to me in discovering the true origins of the swastika. Hope this helps. One love! -Thee Amazing Grace/ Gracie Berry 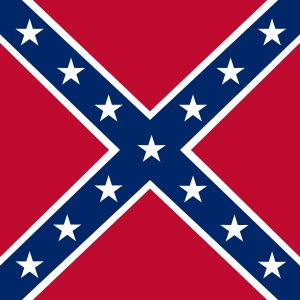 1 thought on “Redefining Symbols of Oppression to Empower You”