Black girl yoga @ Binns park was pleasant. There was one lone black girl deep in her practice (me) lol! I closed my eyes and moved about every moment, slow and controlled. I closed my eyes and let the feeling, the want, the need take me. As I reconnected to the world-I opened my eyes. There was a brown skin black man standing several feet away from where I was. His hair had shown classic signs of wisdom-peppered-heavy on the salt. His beard told most of his wise story. He starred in admiration until I spoke. I asked if he practiced? He said, not for many years. He said, I used to take Tai Chi over 15 years ago-some of the best years of my life. You brought me back to a moment in time when I was happiest, healthiest, conscious. I asked if we could exchange moves to help deepen both of our my practices? We shared. The sharing was the best part! We were both rusty, yet that didn’t stop us from engaging each other in fluid movements. He did one sequence, then I did one and so on until well balanced. People starred in admiration from a distance. We talked as we moved. It was beautiful channeling and receiving energy from my elder. I look back behind us to see another brown girl had joined with her white ally. They seemed to mimic our movements at first then continued on with their own practice. We all began sharing our personal yoga and life health stories. I enjoyed the warmth of sun and spirit of being alive while being black, today. The experience made me want to practice in my community more often. I have no action photos of my practice, but the jewels I pocketed were priceless. 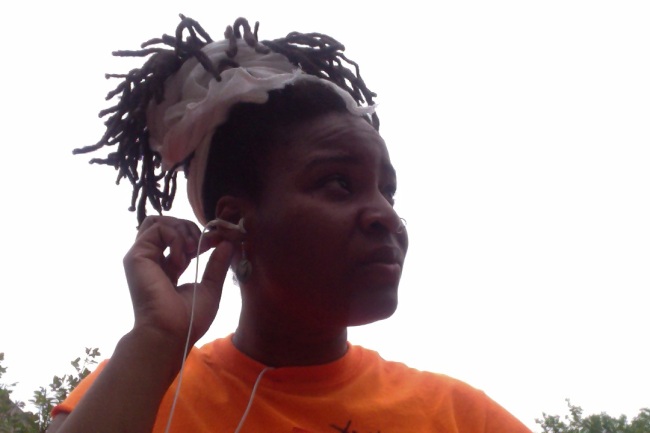