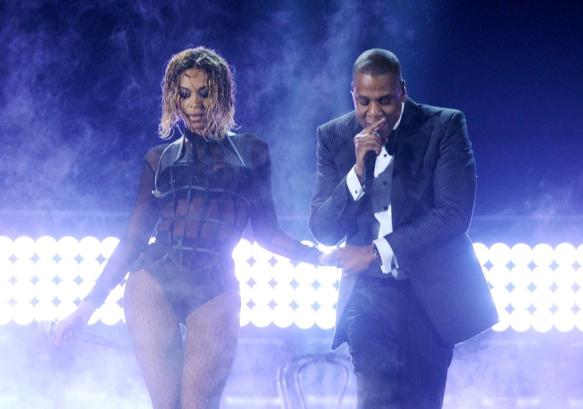 Consent, permission for something to happen or agreement to do something. Love, a variety of different feelings, states, and attitudes that ranges from interpersonal affection to pleasure. Drunk, intoxicated with alcoholic liquor to the point of impairment of physical and mental faculties. To be clear Beyonce Knowles Carter is an adult, woman of color, mother, wife, and last I checked she is perfectly capable of sharing in the kind of sex, love, and life she desires? Did she not do everything right by the standard of what it means to be a respectable American? Responsibility, it is not her responsibility to take on the people of the world and their opinions. I’m confused as to why she was called a whore, a person who engages in sexual acts for money. And while their are many people employed as sex workers I don’t see the relevance. I believe wholeheartedly that her position isn’t dark and rebellious, yet well lit and rebellious! As a victim and survivor of rape I do not for one moment believe that Beyonce’s intent is to objectify, or condone the horrendous acts of sexual violence that women are victims of while under the influence of a substance. Furthermore this song in my opinion was an expression of a type of sex, ‘drunkin’ sex’, in this case, all within the confines of consent. I love that the song and video features her husband, her child’s father, the person she loves which sends a clear and stung message in support of consent in my opinion. Although I’m opposed to marriage for myself I like the boldness in her choice as an entertainer to find an additional way to keep her marriage exciting. Think about it, in 20-years from now this song will be a permanent reminder of the love they share. So many people expect entertainers to save the world. Yet in still Beyonce is saving the world of girls by being unleashing her ability to embrace her sensuality with her talented, beautiful self. She has let the world in on one of the many ways she expresses love toward her husband. I guess society will stop the sensuality shaming and degradation of black women when whites are not taught not to recognize white privilege, or males are not taught to recognize male privilege? Sensuality is not evil, nor should it be shamed. Just as I have the right to walk naked only wearing bobby socks at midnight, or the right to share in aggressive sex with a person of my choosing, the key word is consent. As a consenting adult that drinks alcohol I’ve engaged in consenting ‘drunk sex’, and have thoroughly enjoyed it; just as I’m sure other consenting adults have as well. Remember, it’s one’s choice in the matter because consent is sexy. I strongly believe that this song is talking about consent, sensuality, and the power one’s consenting gain’s, not loses from being vulnerable with someone they love.

In addition black women are too often hypersexualized. Their is this unspoken expectation of a slave mentality, for black women to be the good little house niggers that can do no wrong, that have no rights of expression, that it is her job to serve her master only in private, to meet the needs of all of those around her without ever acknowledging her own needs. As a woman of color society makes it so damn hard to live comfortably in black skin. It’s like a body mask that covers all of the painful and beautiful truths of a woman of color. Our bodies are natural phenomenon’s and some of us choose to express the beauty of our bodies, our movements with no apologies. I remember being told after confessing my love to a white guy I was seeing and that I consented to sleeping with that he only phucked me because I was black. Their is a sickness attached to people like that and it goes beyond skin deep. It is inherited from a time when they sold black slaves like beasts. His expectation that I was their to fulfill a long awaited desire or need that was burning in him, only to be blatantly disposed of, hurt. As he put it, it was always his desire to phuck one of ‘my kind’ and that somehow I was asking for it, or that I knew what it was. These outraged people reminds me of being raped, and how my perpetrator told me in in choice words that I was asking for it. It was easier for him to blamed me the victim instead of accepting his own desires and sickness. Beyonce was not asking to be called a whore. Those who are offend by her most likely religious, desire her, or wish they could be like her. Beyonce having grown up Methodist in Huston Texas has challenged the role of sexuality in the black church since the beginning of her career. Kelly Douglas, who wrote, Sexuality & the Black Church: suggests a dialogue by which the church and community can “nurture the kind of discussion that promotes acceptance and appreciations of the rich diversity, even sexual diversity, of the black community.” Beyonce has broken away from such confines and has chosen to liberate her own experience and good for her! Chimamanda Ngozi Adichie said,”We teach girls shame. Close your legs, cover yourself, we make them feel as though being born female they’re already guilty of something. And so, girls grow up to be women who cannot say they have desire. They grow up to be women who silence themselves. They grow up to be women who cannot say what they truly think. And they grow up–and this is the worst thing we do to girls–they grow up to be women who have turned pretense into an art form.” I phucks with Beyonce because she is liberating the experience of the modern girl. -Gracie N. Berry