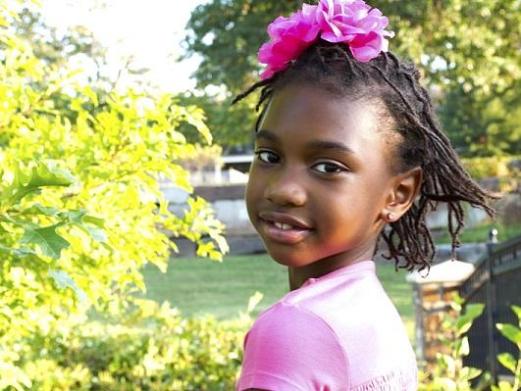 To Whom it May Concern,                                                  Sept 4, 2013
My name is Gracie Berry and I live in Lancaster, Pennsylvania. I recently learned of a story, a story that has gained national attention, the story of your former student Tiana Parker.  It was disheartening to read that she was told to leave a school and safe community because her hair’s texture is dred loc’d. Shame on you, Deborah Brown Community School, for shaming a student of African descent because of her hair.  As a woman of African descent, a therapist, an activist, advocate, performer, poet my hair texture has been dred loc’d for almost five years. A hair texture that is my birth right, hair that would do so naturally in most human being’s hair without careful process. I’m a college graduate, have a wonderful career, and live in an enriched community with a variety of cultural experiences. What you have done to Tiana and her family is discrimination. This is a form of discrimination based on hair texture, a form of injustice resulting in human beings being treated differently based on the stigma attached to hair texture in society. I would like to inform you that hair texture varies from straight hair to the curlier, kinkier hair. Curly hair also has its own variation ranging from very loose curls to the very tightly packed Afro, loc textures. Straight hair enjoys privilege at the expense of non-straight hair, a higher prestige hair texture, and is more widely accepted in both professional settings and everyday settings. This social stigma attached to having tight, puffy, curly hair has created an entire economy around hair care products and treatments to straighten such types of hair. For instance, Madam CJ Walker is one of the earliest examples of this.
Reminds me of the story of Olympic Gold medalist, Gabbie Douglas, who made international headlines, not for her accomplishment of being the first and youngest person of African descent to win a collection of gold medals since Dominique Dawes, but because in their opinion the appearance of her hair was unkempt. The perception they had of her hair despite her accomplishments devalued her experience. I believe in my heart that there is something very wrong with these kinds of views. I am writing as a person greatly affected by what has happened to Tiana Brown, and those that share in her same experience. In my opinion the message your school is sending to students and their families that choose to wear naturally textured hair is a very hateful message. It’s saying that one hair type is better than another. I invite you to stop teaching your students this message of hate based on your lack of acceptance and knowledge about their natural hair. In my opinion the standards projected onto these students through dress code policies will not make them more eligible for employment, more approachable to colleges, or any less likely to be profiled, stalked, and murdered. These policies will only hinder their growth, increase self-hatred, and will not protect them from the very real system of institutionalized racism that exists. Your dress code policy states, “hairstyles such as dreadlocks, afros, mohawks, and other faddish styles are unacceptable.” A fad is defined as any form of behavior that develops among a large population and is collectively followed with enthusiasm for some ‘period’, generally as a result of the behavior’s being perceived as novel in some way. I ask with up most respect, how can hair texture that has been in existence since the beginning of it’s time be a fad?
I challenge administration at Deborah Brown Community School to rethink their school’s dress code policy in this area. These policies are unethical, discriminatory, and set the tone for a hostile environment amongst students. As your school prides itself on academic achievement and strong commitment from parents to help their children to meet such standards why not educate a step beyond this level of greatness? Instead of creating policies to oppose students that make the choice to wear their hair in its natural state, why not put cooperative strategies in place to reduce this type of crime, perpetuated against, not only your students, but others in the world, and get parents involved? Tiana‘s father having been told by your school’s administration that his child’s hair didn’t look presentable was a step backwards in the greatness your school proclaims.  I am not a mother, yet I share in aunt hood, god motherhood, as a community mom, and as a person that has worked in education; I urge parents of children like Tiana to stop removing their children from school’s like yours to make a point, a point that remains null and void if the same treatment continues.  Deborah Brown Community School’s administration has an obligation to their students and community to reevaluate and change such discriminatory practices, practice’s that encourage an egregious system of racial profiling. These dress code rules are not beneficial to your entire student body, therefore they cannot work to protect your entire student body. Acceptance and the ability  to lead must be accessible to all of your students! I urge you in education to take a stand along side your students and their families, to give respect, love, and dignity to value the rights of all of their experiences. This is each child’s birth right, and that is to live in the natural state of their skin and hair. It is also my opinion that for one black person to tell another black person how to be black is a form of black on black crime. To say the least black hair is as historically significant to black culture as black skin, and it is a crime to prevent your students from freely expressing what is their culture.
In Kind Spirit,
Gracie Berry